Zhou Ling was born in Tianjin, China in 1941 and is one of the acknowledged leaders of the Heavy Color/Yunnan School of Chinese contemporary painting. She has become one of the premier woman artists in the United States today. Her paintings are strong and expressive images that blend the subject matter and techniques of ancient Chinese art with those of Western art.

In junior high school, she picked up a book that contained illustrations that motivated her to try her hand at drawing. To her surprise, she discovered that she not only loved art, but also was so talented that her sketches brought praise from all those around her. As a result of this skill, she was given the opportunity to study Chinese art and history at the Central Institute of Nationalities in 1960. In addition, Zhou Ling took this opportunity to learn Western art and history, despite political problems for those who strayed from the party approved Socialistic Realism.

After her graduation in 1965, Zhou Ling married her teacher, Liu Bingjiang. Only ten days after her marriage, Zhou Ling was sent to teach art at the Institute of Art and Culture in Kunming, located in the Yunnan Province. This assignment was considered a punishment for having a teacher-student relationship which was prohibited by communistic norms. Here she spent eight years, separated from her husband and later from her child, painting posters and illustrations for the Cultural Revolution which began in 1966. For some of her time in Yunnan, she was under the care of Ting Shao Kuang, who was a close friend and classmate of Liu Bingjing.

In 1973, Zhou Ling was reunited with her husband and child in Beijing. At this time, she also began to study with the prominent painter and printmaker, Huang Yongyu. He taught her the heavy color techniques that would later become characteristic of the Yunnan School artists. In 1974, she became an art teacher at the Central Institute of Nationalities in Beijing. In 1978, on an annual trip provided for all artists in China, Zhou Ling returned to Kunming. Here, she received acknowledgement from the art community for an exhibition of her work and for her illustrations in a book entitled “Poetry of the Dai People.” The Chinese National Artists Associations selected Zhou Ling and her husband, Liu Bingjiang, to paint a vast mural in the east wing of the Beijing Hotel in 1980. This mural, portraying minority people dancing in their natural costumes to celebrate the life cycles of man and nature, is considered an exceptional work of art.

Zhou Ling is currently living in Chicago where she enjoys writing poetry, being around animals, and attending the ballet. However, most of her time is spent painting images that represent the tribal peoples and the tropical environment of the Yunnan Province, with a theme of harmony that has appeal and significance on a global scale. 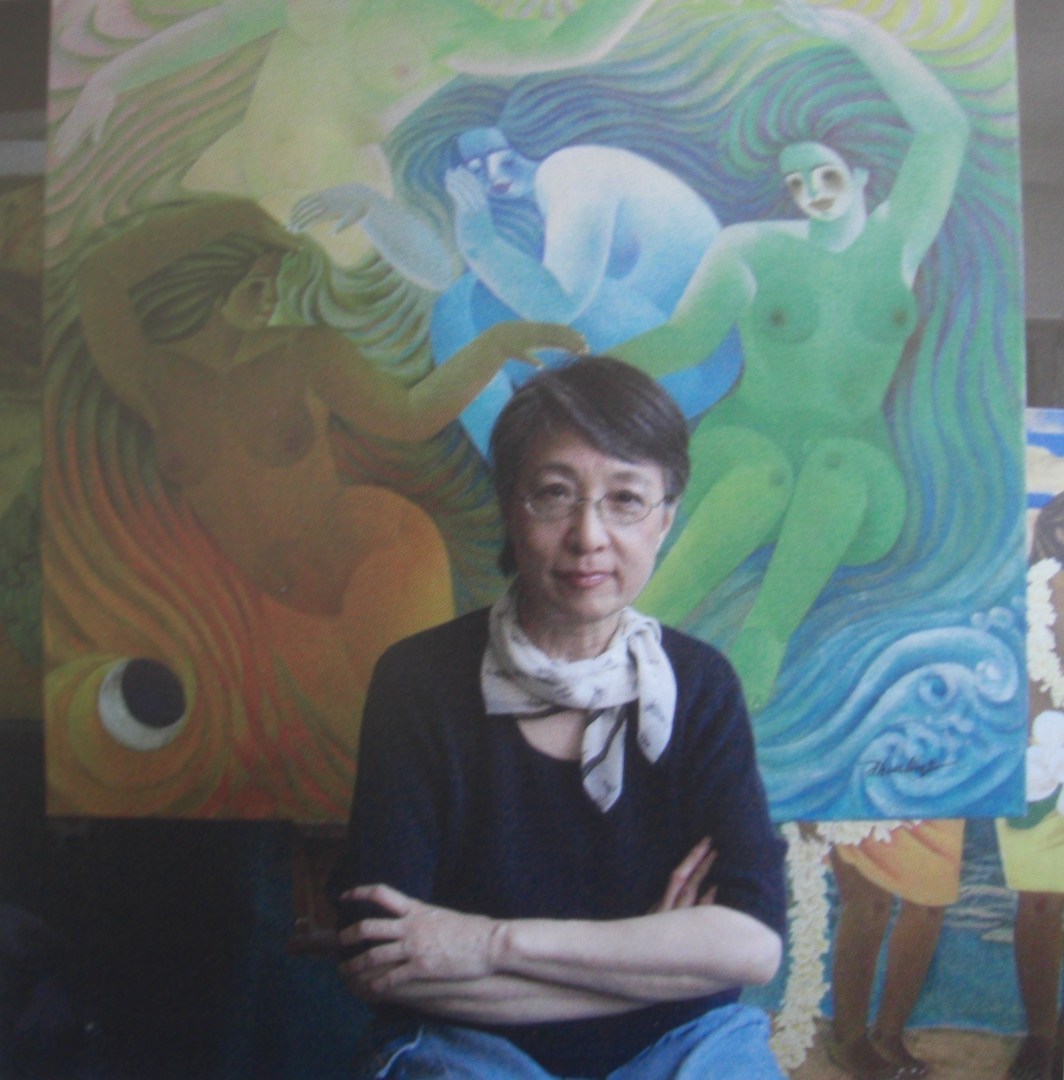